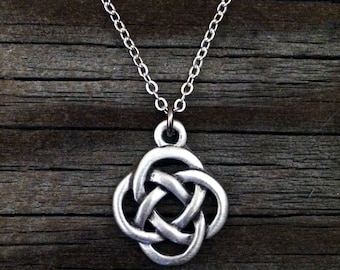 Ireland is a country steeped in rich history and tradition. The country has a rich heritage of cultural symbolism, folklore and a certain magical appeal to its landscape. It is no wonder, then to realize that those originating from the country always hold their culture and tradition dearly and do their best to uphold it wherever they are. This has also attracted other people to research on as well as celebrate their culture. An important part of Celtic tradition and symbolism is their use of jewelry. The pieces of jewelry are not just for enhancing one’s looks and beauty. Most of the jewelry used have a deeply religious meaning to them as well. Therefore, when you buy and put on a piece of Celtic jewelry, you are doing as much to honor their faith and religious beliefs, whether you are one of them or not. Here are some of the most important pieces of Celtic jewelry you can choose from.

Shamrock Chain
The shamrock is an important symbol for traditional Ireland. Its shape is in the form of a triad due to the mystical significance of the number three to the Irish people. Saint Patrick, who instigated Christian religion to Ireland and converted the nation, made use of the shamrock to elaborate the idea of Trinity to the Irish. When crafting the shamrock pendant, the designers inlay it with diamonds. It is worm by the Irish to show their love and patriotism towards their motherland.

The Irish Cross Chain
This pendant is designed as a cross with rings, and it is overlaid with an excellent design of knots or laces interwoven onto it. They are mostly found in Irish churchyards, although their shape, form and symbolism have somehow changed from the era of the Druids. Nowadays, the Celtic cross necklaces are designed with various precious stones such as emeralds, diamonds which are intended to make them attractive to the viewer.

The Trinity Knot Pendant
The necklace is in a three-pointed shape and its regarded deeply for its spiritual significance. Its symbolism is drawn from Christianity, with the three points standing for the Father, the Son and the Holy Spirit respectively. The design of trinity knot necklaces today is from either yellow or white gold or silver sometimes as well, to make it affordable. Many people usually prefer the emerald design of the trinity knot because of its deep green color associated with the Emerald Isle.

The Saint Bridget’s Cross
The cross is a symbol for the legend of Saint Bridget who is honored for her kindness and compassion shown to the poor. It is usually made by hand in Ireland and it has an elegant design. It is worn to show that the wearer is willing to love humanity and God as well.

A Quick Overlook of Experts – Your Cheatsheet

Looking On The Bright Side of Irish